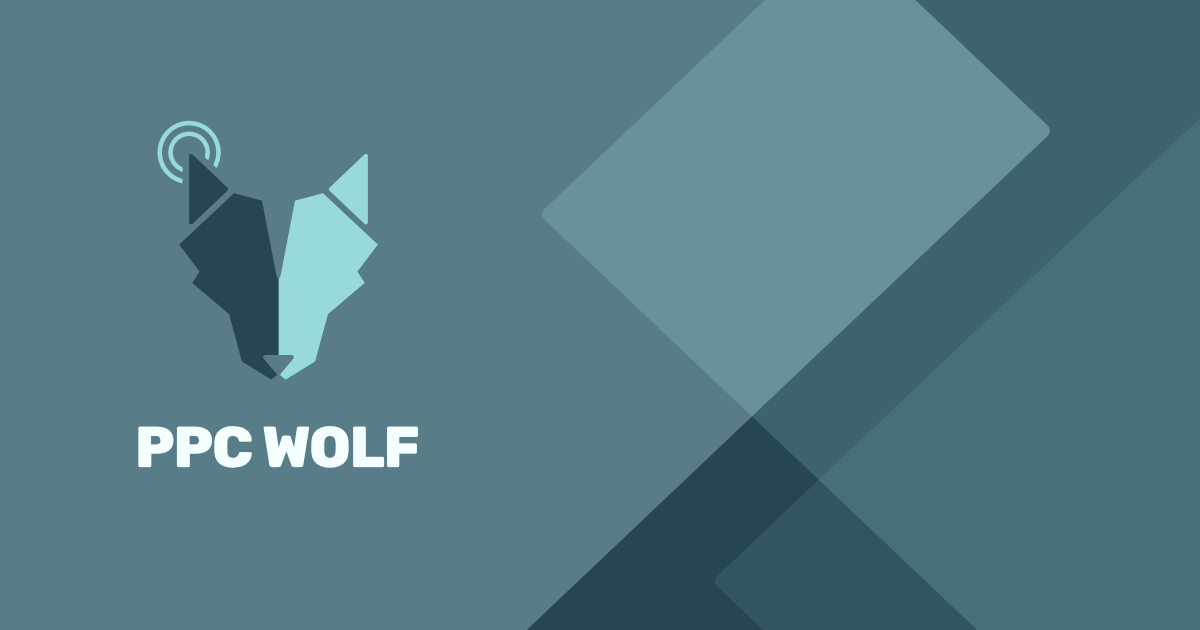 PPC Wolf has been released. Here is list of improvements. 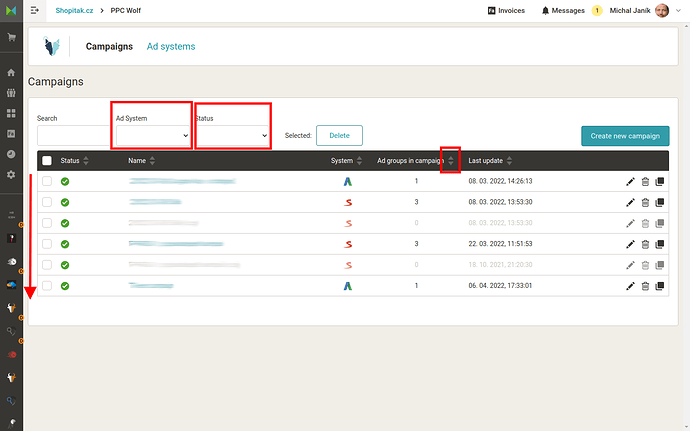 We have added new filters - by advertising system and campaign status. We’ve added ordering rows of the campaign table by other columns and set the default order of campaigns to alphabetical. The goal was to make managing multiple campaigns easier. 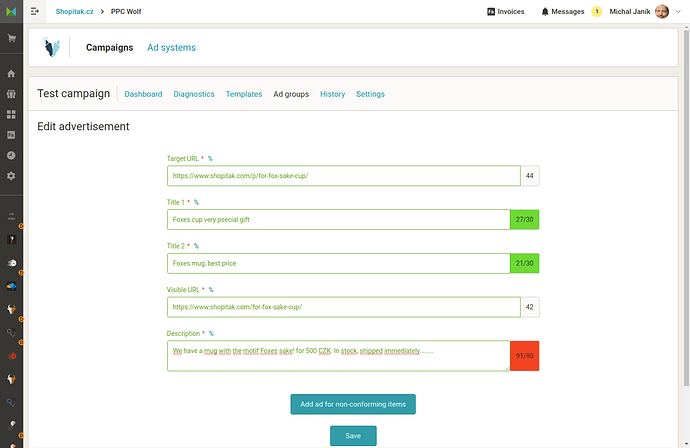 We have added counters to the form fields in the ad management. If the number of characters exceeds a valid value for the ad element, the counter will change color from green to red. You can find the same counters on both ad edit and template edit pages. If you use variables in templates, they are counted as the number of characters in the variable name, not the value. The calculation is therefore only an approximation. The reason is that variables can take on different values. Thus, the validation of all advertisements is done by diagnostics. 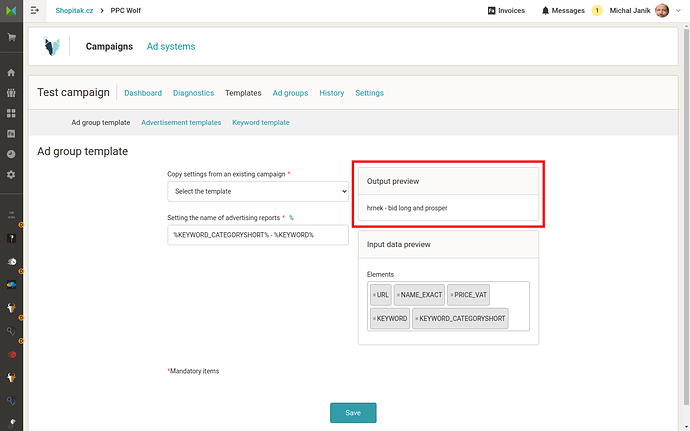 We’ve added the Generated values preview so that it makes sense in all steps of the wizard and template management where it makes sense. 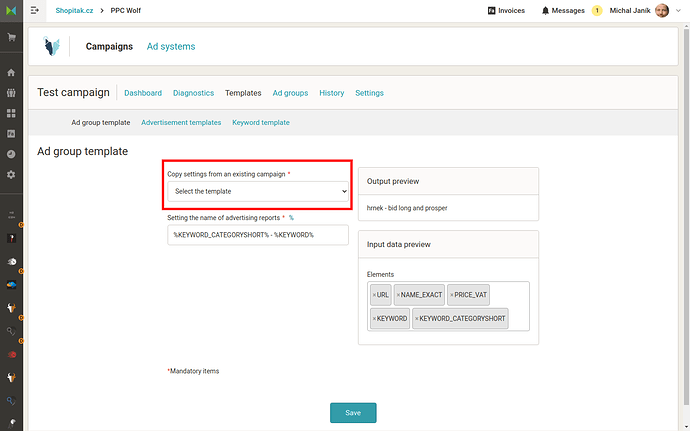 We have added import from other campaigns to the ad group settings in the wizard and template management. Compared to ad and keyword management, it was missing here. The goal was to make the user interface more consistent.

PPC Wolf has been released. Here is the list of improvements. 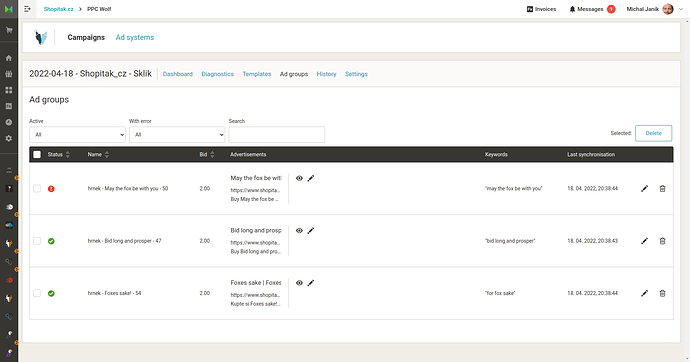 We’ve improved the list of your ad groups. Ad groups are reordered so that first there are ad groups with errors, then ad groups that are OK. Both groups are arranged alphabetically. The behavior of the report status icon has been improved. The icon is red in all types of ad group errors. 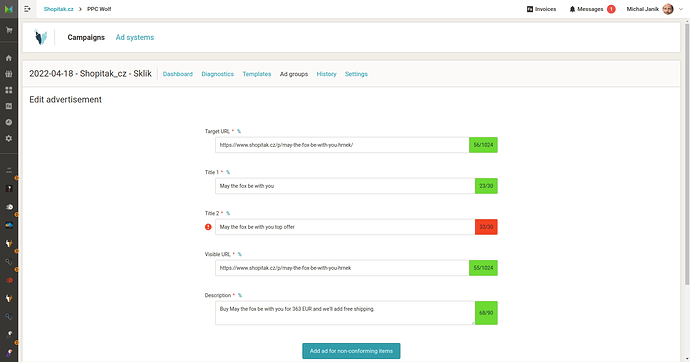 The advertisement editing page contains more improvements. If the advertisement contains a validation error, a red icon appears next to the item where the error is. After hovering the mouse, a text with the information describing the error is displayed. The page now includes a back button. Character counters appear for Google Ads campaigns on all ad items, even with character limits. And other minor improvements to the site.

Thank you for using PPC Wolf.

PPC Wolf app has been released. It brought the possibility of keyword management. In addition to automatically generated keywords, you can also create your own keywords manually. You can also “delete”, pause or activate keywords. The new keyword management page can be found under the pencil (edit) icon next to the keywords on the Ad groups page. 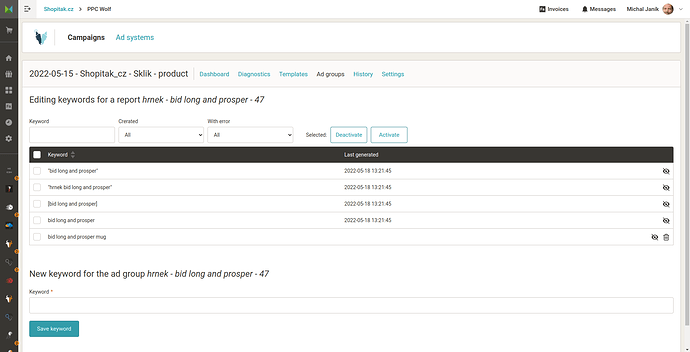 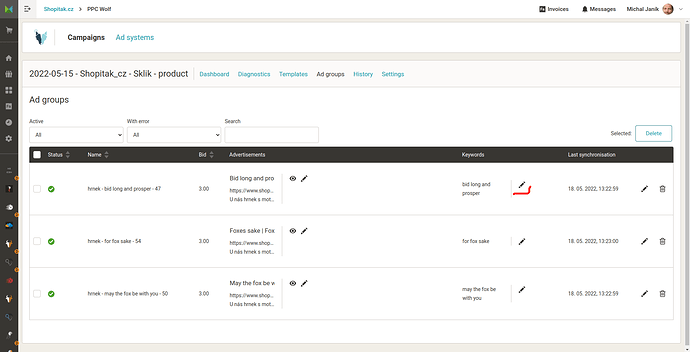